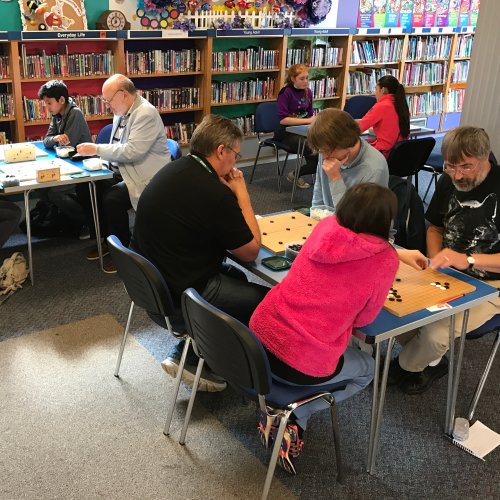 Since 2015 we have held an annual tournament each autumn in the outskirts of Sheffield at Greenhill Library.

This is a BGA/EGF rated 1 day, 3 round Mcmahon tournament and there is usually a solid turn-out of 30-40 players, including a very decent contingent of youngsters from Cheadle Hulme School near Manchester.

Since 2016 a trophy has been awarded to the winner who is able to hold onto it until the next year.

Players of all levels (and regardless of whether you've played in a tournament before or not) are very welcome to join us at our future tournaments!